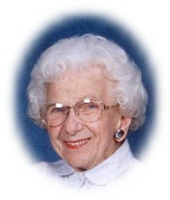 Mary Zagata, age 92, formerly of London Dr. Hamden, passed away September 6, 2009. Mary was the widow of Charles A. Zagata Ret. Major US Army; mother of Carol & her husband Louis D'Auria of New Jersey, Margaret & her husband Paul Davies of NY, New York, Joseph Zagata & his wife Sharon of Newtown, CT, Michael Zagata & his wife Jane of Hamden and the late Valerie Edwards and sister of the late Edward Gorczynski. Mary is also survived by 4 grandchildren and 3 great granddaughters. Born in Brooklyn, NY on August 24, 1917 she was a daughter of the late Francis & Josephine Stoletzski Gorczynski. Mary was a former sales woman at Macy's Dept. Store in New York City. She was a member of the Daughters of Isabella, a former president and longtime member of the Rosary Society at St. Stephen Church, leader of the Tuesday morning prayer group at the church and initiated many of the church's card parties and bingo. Mary was the first recipient of the St. Joseph Medal of Appreciation in the Archdiocese of Hartford. She was a former president of St. Stephen's Church Seniors and a member of the first parish council. Mary also was an avid bowler. Funeral from BEECHER & BENNETT 2300 WHITNEY AVE, HAMDEN Wednesday morning at 10:30. Mass of Christian Burial will be Celebrated in St. Stephen Church at 11 AM. Friends may call Tuesday at the funeral home from 4-8pm. Interment will follow in All Saints Cemetery, North Haven. Memorial contributions may be sent to Masonicare Hospice P.O. Box 70 Wallingford, CT 06492.