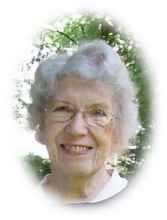 Mary Kathryn Veach Fitzgerald, 90, of Riverside Dr., Hamden, wife of the late Robert J. Fitzgerald, passed away March 20, 2008 at the Connecticut Hospice in Branford. Mary, daughter of the late Charles W. and Florence Powell Veach, was born in Kokomo, IN Jan. 17, 1918. Mrs. Fitzgerald was an active volunteer for the American Red Cross, the Miller Memorial Library, and a research assistant at Yale University. She was a former member of the Olivet Baptist Church. She is survived by a daughter, Kathleen F. Gee and her husband Lonny Gee of North Haven, a son, Jon K. Fitzgerald and his wife Carol Fitzgerald of Littleton, CO, three grandsons, Scott and Brett Fitzgerald, and Robert Gee, and two great- grandchildren, Galen and Lian Rose Fitzgerald. She is also survived by her brother Charles D. Veach of South Bend, IN. In addition to her husband she was predeceased by three sisters. Friends may call at BEECHER & BENNETT, 2300 WHITNEY AVE. HAMDEN Saturday March 29, from 10 to 11 a.m. A graveside service of interment will be held in Center Cemetery, North Haven at 11:30 a.m. Memorial contributions may be sent to Connecticut Hospice, 100 Double Beach Rd., Branford, CT 06405.