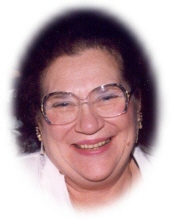 In the Hospital of St. Raphael , Feb. 28, 2007, Mary Lou Vitale Cohen, 70, of West Walk, West Haven and formerly of Paradise Ave., Hamden, wife of the late Morris E. Cohen, mother of Mark Cohen of Naugatuck, sister of Stanley Vitale and his wife, Linda of Wallingford, Nicholas Vitale and his wife Connie of Hamden, Robert Vitale and his wife, Mary of Hamden, Frederick Vitale and his wife, Sharyn of Wallingford, Antonio Vitale of Reno, NV and grandmother of Preston and Tyler Cohen of Naugatuck. Also survived by several nieces, nephews and very good friends, Alex and Carmel Ferraro of Hamden. Mary Lou was born in New Haven June 10, 1936 , daughter of the late Nicholas and Antoinette Meneo Vitale. Mary Lou lived her life to the fullest and her greatest passion was always her family, friends and her faith. She worked as a bookkeeper for Plasticrete Corp.. For the past 30 years she has been the bookkeeper at the family owned business, Cohen's Key Shop, Inc. She was very active at Ascension Church in Hamden , where she was an executive board member, Past President, VP and Treasurer of the Ladies Guild and was past director of the Ascension CYO. Mary Lou was a member of Ascension Church finance board of the Parish Council. In 2000 she was presented with a 'Certificate of Recognition' at the Annual Award for Outstanding Service by the Parish Council of Ascension Church which was held at St. Joseph 's Cathedral in Hartford . Mary Lou also was active in many organizations including Hamden Jaycee Wives where she was past president, VP, secretary and treasurer, active member of the board of Savin Rock Condo Assoc., where she oversaw the operation of the pool and clubhouse rentals, treasurer of the Hillhouse High School Class of 1954 reunion committee and former member of Bowl-Mars Bowling League. Her other interests included traveling to England, Ireland, Alaska, Italy, Aruba, Disney World, Las Vegas and her 50th wedding anniversary trip to Hawaii. She had fond memories of her summers at Lake Zoar, boating, water skiing, and her winters in Vermont skiing and snowmobiling and enjoyed her trips to Mohegan Sun and Foxwoods. Funeral procession will leave from BEECHER & BENNETT, 2300 Whitney Ave. , Hamden , at 10:00 a.m.Tues., March 6. A Mass of Christian burial will be celebrated in the Church of the Ascension at 1050 Dunbar Hill Rd. Hamden at 10:30 a.m. Family and friends may call Monday, March 5 from 4-8 p.m. Entombment will be in St. Lawrence Mausoleum. In lieu of flowers contributions in her memory may be made to the Father Michael J. McGivney Center for Cancer Care, 1450 Chapel St. , New Haven, CT 06511, Ladies Guild of the Church of the Ascension, 1050 Dunbar Hill Rd., Hamden, CT 06514 or to the charity of ones choice.