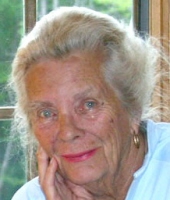 Mary-Louise Metcalfe, 74, of Hallmark Dr., Wallingford, passed away on Sunday, April 2, 2006. She was born in New Haven July 23, 1931 the daughter of the late Albert and Else Larsen Brigham. After graduating from Hamden High School, Mary-Louise attended Stone School of Business in New Haven. After finishing her schooling, she opened Meadowbrook Fashions, a clothing store in Hamden. Later she managed the Jean Hutchinson store, also in Hamden. She was a past president of Quota Club International Hamden chapter. Ten years ago after retiring from retail, Mary-Louise began working part-time as an agent for North Haven Travel. Mary-Louise enjoyed golf and she could be found many days practicing her swing at the New Haven Country Club. Her most cherished moments, however, were spent with her family and her many friends. Mary-Louise was a loving mother to two sons, Brigham Metcalfe and his wife, Marianne of Cheshire and Stephen Metcalfe and his wife, Claudia of La Jolla, CA. She also leaves her four grandchildren, Lindsey, Heather, Olivia, and Wesley Metcalfe, and her brother, Peter Brigham, of Tallahassee, FL. She was predeceased by her longtime companion, Lincoln Henthorn, of Cheshire. A memorial service will be held at BEECHER & BENNETT, 2300 WHITNEY AVE., HAMDEN on Thursday, April 6 at 11:00 a.m. Friends may call at the funeral home on Wed. from 4-7 p.m. Burial will be private.