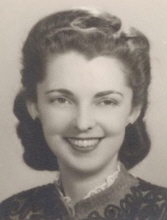 Mary Louise (Mary Lou) Owings Semmler, of Hamden, died on August 18, 2016 at the age of 102. She was born in Johnstown, Pennsylvania, the only child of Dean Edward and Mary Lohr Owings, on November 4, 1913. She was married to Albert Edmund Semmler, who died in 2007. She graduated from Johnstown High School and received a Bachelor of Science degree in Music from West Chester University in Pennsylvania, and a Master of Arts degree in Music from New York University. She completed additional studies at the University of Pittsburgh, and organ study at Mississippi College of Women. She began her career as the music supervisor in the Boswell, Pennsylvania school system, then was a vocal music teacher at Joseph Johns Junior High School in Johnstown. Her high school choruses won numerous city, county and state contests. She was appointed as a faculty member to the music department of Southern Connecticut State University (then New Haven State Teachers' College) in 1940, where she taught for 35 years. She was honored by two senior classes, who dedicated their yearbooks to her, and retired in 1975 as Assistant Professor Emeritus of Music. She served as president of the Mt. Carmel Woman's Club and the In-and-About New Haven Music Educators Club, and as a board member of the Spring Glen Garden Club. She was an active member of the North Haven High School PTA, PEO Chapter C, and the High Lane Club, where she performed in several musicals. She also volunteered at Connecticut Hospice in Branford for 15 years and was a member of Trinity Lutheran Church in New Haven. She is survived by daughters Dr. Cynthia Vakareliyska of Eugene, Oregon (Roger Gyllin) and Suzanne Stover of Rochester, New York (Stewart); two grandchildren, Jonathon Stover and Emily Milazzo; and a great-granddaughter, Ella Grace Milazzo. Funeral service at 10:00 A.M. on Saturday, August 27 at Trinity Lutheran Church at the corner of Orange and Wall Streets, New Haven. Interment will be private. In lieu of flowers, contributions may be sent to Trinity Lutheran Church, 292 Orange St., New Haven, CT 06510 or Connecticut Hospice Inc., 100 Double Beach Rd., Branford, CT. Arrangements are in care of BEECHER & BENNETT FUNERAL HOME, 2300 Whitney Ave., Hamden.