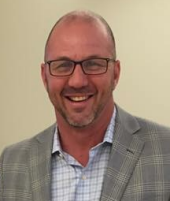 Matthew Joseph Barba, age 49, of Hamden passed away on Friday, December 16, 2016. Born in Holyoke, MA on January 4, 1967, he was the son of Joseph and Agnes Carrozzella Barba of Cheshire. Matt graduated from the New York Military Academy in 1986 and went on to serve in the United States Army in Germany. He attended Johnson & Wales University and was an accomplished chef for many years. He later worked as a nutrition manager at AIDS Project New Haven and was currently a case manager at Turnbridge of Hamden. He had an infectious smile, a great personality and was an inspiration to others. He will mostly be remembered as a tireless advocate for people with addiction and sadly missed by all the lives he touched. In addition to his parents, he is survived by his beloved son, Henry Liam Barba; sisters, Susan Barba Jacobs and her husband Thomas of Cheshire, Jennifer Barba of Cheshire; a loving niece, Alexandra Czarkosky and three cherished nephews, Ethan, Jack and Max Fuoco as well as several uncles, aunts, cousins and dear friends. Friends are invited to attend a Mass of Christian Burial directly in Our Lady of Mount Carmel Church, 2819 Whitney Ave., Hamden on Wednesday, December 21, 2016 at 10:00 a.m. Friends are invited to greet the family on Tuesday from 5:00 to 8:00 p.m. at the BEECHER & BENNETT FUNERAL HOME, 2300 Whitney Ave., Hamden. Interment will be private. In lieu of flowers, contributions in his memory may be made to an education fund for his son Henry through the funeral home.