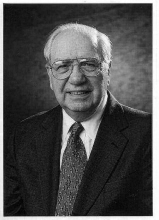 Matthew Philip Campione, M.D. Meriden- Matthew P. Campione, M.D., FACS, 81 of Meriden, died unexpectedly and peacefully Sunday, October 29, 2006. Beloved husband of A. Lee Scowen Campione and adored father of Annis Karpenko (Steve), Catherine Stein (Joel), Martha Maksym (Bill), Christine Collins (Dennis). Dr. and Mrs. Campione celebrated their 50th wedding anniversary in January, 2006. Born in New York City in 1925 to the late Peter Campione and the late Christina Caruso, Dr. Campione served in the U.S. Army from 1943- 1946. He moved to Meriden in 1966 and was a founding partner of CBS Surgical Group and chief-of-staff at Meriden-Wallingford Hospital from 1977- 1982. He retired from CBS in 1990 after being in private surgical practice in Meriden, Wallingford and Cheshire for 35 years. He was a member of Meridian Lodge # 77, A.F. & A.M. He served on the board of directors of Masonicare and Masonic Healthcare Center. He was made an honorary 33rd degree Mason in September 2000. In 2005 he was honored with the Crystal Obelisk Award from the MidState Medical Center in recognition of his distinguished contribution to the advancement of healthcare delivery systems in his community. In addition to his wife and children, Dr. Campione is survived by his wonderful grandchildren, Jenna, Alta, Abigail, Cordelia, Hillary, Jessye, Benjamin, Alissa and Logan. Also survived by his sister Catherine Zamparelli of Long Island and many loved nephews and nieces. Dr. Campione was predeceased by his sisters Josephine, Mary, Carmella and his brother Michael. The Funeral Service will b held in St. Andrew's Episcopal Church, Meriden on Wedesday, November 1, 2006 at 3 P.M. In lieu Calling hours, Please join the family after the funeral service at the Augusta Curtis Cultural Center across Main Street, in Meriden. from 4:30 to 6:30 P.M. Arrangements with BEECHER AND BENNETT - FLATOW FUNERAL HOME, 48 Cook Ave., Meriden. Memorial donations may be made to the Masonic Charity Foundation, P.O. Box 70, Wallingford, CT 06492 or Midstate Medical Center, 435 Lewis Ave., Meriden, Ct 06451.