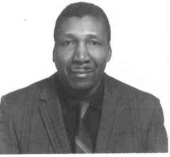 Maurice L. Ward, 90, of West Haven, passed away on Tuesday, December 29, 2009 in Hamden. He was the husband of Amuleitha Christmas Ward and is survived by a daughter Gracy P. Brown, also of West Haven, brother of Berthram of British West Indies, grandfather of Zaida, Lucy, Gracy A., Winston and Ina, great-grandfather of Antonio, Dealyce, Nalani and Lucas. Also survived by nieces and nephews, St. Clair, Everett, Harris, Gary, David, Maritza, Natalie, Summoy and many others. He was predeceased by a sister Albertine and brothers Charles and Alvin. Maurice was born in Nevis, West Indies on September 23, 1919, son of the late William and Rebecca Webber Ward. He had been a carpenter with the CT Carpenter's Union and a member of the Antillean Friendly Association. A memorial service will be held on Saturday, January 2, 2010 at 9 a.m. at BEECHER & BENNETT-TAYLOR FUNERAL HOME, 410 Campbell Ave., West Haven. There are no calling hours.