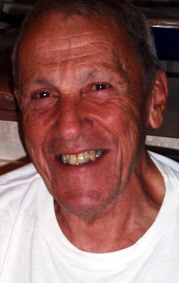 Michael A. Crieger, Jr., 88, passed away at his home in Hamden on February 8, 2022. Born in New Haven on August 25, 1933, he was a son of the late Michael A. & Theresa (Pacilleo) Crieger, Sr. Michael is survived by his wife Mary (Hahn) Crieger; daughter Debra Crieger of Hamden; son Michael & his wife Stephanie Crieger of Cheshire; his granddaughter Mikayla Crieger; and his niece & nephews. He was predeceased by his siblings, Phyllis C. Wharton & Frank Crieger. Michael was a U.S. Army Veteran of the Korean Conflict. He was employed over 50 years as a master technician at Keating Brothers Motors, Inc. Michael always had a love for cars, dogs, gardening, trips to Vermont, and spending time at family gatherings, especially with his granddaughter. Michael’s family would like to thank the nurses and aides from CT Hospice and Homewatch for the care he received at his time of need.
Friends may visit with his family on Tuesday, Feb. 15th from 10:00 to 11:00 a.m. at Beecher & Bennett Funeral Home, 2300 Whitney Ave., Hamden. His burial with Military Honors will follow at 11:30 a.m. in All Saints Cemetery, North Haven. Contributions in his memory may be made to Wounded Warriors, www.woundedwarriorproject.org, or to the Sunshine Golden Retriever Rescue, P.O. Box 247, Port Washington, NY 11050.