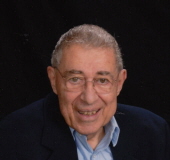 Michael Francis Bergantino, 83, of Northford, known to most as 'Mike', passed away suddenly on January 23, 2013. He was born in Waterbury on March 9, 1929 to the late Michael L. and Mary Tedesco Bergantino. Michael leaves his loving wife Peggie (Kamm) to whom he was married for 61 years. He will also be remembered by his eight children and their spouses, Susan Bergantino of Northford, Nancy & Frank Brigano of Northford, Toby & Diane Bergantino of Branford, Terry & Karen Bergantino of Guilford, Bruce & Colleen Bergantino of Wallingford, John & Carolyn Bergantino of Guilford, Paul & Carolyn Bergantino of Cromwell, Karen & Frank Acquarulo of Branford; sixteen grandchildren: Chris & Alicia Brigano, Michele Weed, Michael Miano, Matt, Kate, Pamela, Steven, Amanda, Jeremy, Michael, Jared, & Jack Bergantino, and Alexandra, Justin, & Jenna Acquarulo; three great- grandchildren: Mackenzie, Kelsie, & Kolbie Weed. He was educated in the Milford and Hamden school systems and graduated from the University of Connecticut, College of Pharmacy; it was the last class to graduate from the New Haven location. He was a Eucharistic Minister at Our Lady of Mt. Carmel Church and then in St. Monica Church where he has been a parishioner for 18 years. Michael was involved in many business and civic organizations, such as the Hamden and North Branford Rotary clubs from 1973 through the present. He had received several prestigious Paul Harris Awards. For over thirty years he owned and operated Hamden Surgical and Prescription Center and spent countless hours volunteering at Grimes Health Center. Friends are invited to visit with Michael's family on Sunday, January 27th from 4:00 to 8:00 p.m. at BEECHER & BENNETT, 2300 Whitney Ave, Hamden. A Mass of Christian Burial will be celebrated on Monday, January 28th at St. Monica Church, Northford at 10:00 a.m. followed by a burial at All Saints Cemetery. In lieu of flowers, contributions may be made in Michael's memory to North Branford Rotary Club, PO Box 993 North Branford, Ct 06471 or Grimes Health Center, Attn: Resident Activities Fund, 1354 Chapel St, New Haven, CT 06511.