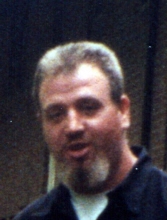 Michael Francis Sheehan, 45, of North Haven, passed away at his home on February 14, 2009. He was born in New Haven on August 5, 1963 to Rita Kennedy Sheehan of North Haven and the late David Sheehan. Besides his mother, Michael, is survived by his sister and brother-in-law Eileen and David Kopjanski and his niece Melanie Kopjanski all of Wallingford. Michael grew up in North Haven and became a Welder- Fabricator straight out of high school. He loved being an iron worker and was enthusiastic about his vocation. Most recently he was proud to be a part of the brotherhood of Iron Workers Local 424. When he wasn't working he enjoyed time with his family and friends. Michael was a gentle and kind man who will be missed by all. A Funeral Service will be held at BEECHER & BENNETT, 2300 Whitney Ave., Hamden, on Thursday, February 19th at 7 p.m. Friends may visit with the family earlier in the evening from 3 to 7. Contributions in Michael's memory may be sent to Connecticut Hospice, 100 Double Beach Rd., Branford, CT 06405