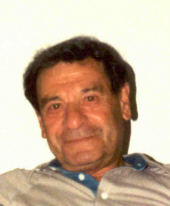 Michael M. Pacelli, age 80, of Hamden, passed away on April 18, 2011 at Yale New Haven Hospital. Michael is the husband of Beverly J. Hawkes Pacelli. Born in New Haven on April 24, 1930, he was the son of the late Marco & Concetta Romano Pacelli. Michael was a US Army Veteran of the Korean Conflict. He was a partner in the family owned contracting business for many years and in his spare time enjoyed bowling in the Hamden Leagues. Besides his wife, he is survived by his daughter, Nancy Pacelli of Branford; his sons, Michael Pacelli of North Haven & Steven Pacelli & his wife Joanne of Hamden; his grandchildren, Meredith, Gregory & Maya Pacelli; his sister, Rose Pacelli of New Haven and several nieces. He was predeceased by his sister, Lena Gaiolini. Friends may visit with his family at BEECHER & BENNETT FUNERAL HOME, 2300 Whitney Ave, Hamden on Wednesday, April 20, 2011 from 5:00 PM to 7:00 PM and may also attend his funeral service that will begin at 7:00 PM. His interment with Military Honors will be held privately. In lieu of flowers contributions in Michael's memory may be made to a charity of one's choice.