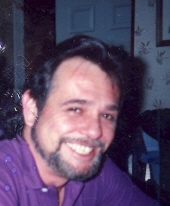 Berlin - Michael 'Mick' W. Putnam, 55 died unexpectedly on Sunday, January 24, 2010 at home. He was born September 15, 1954 in Meriden a son of Wallace and Jean (Gniewek) Putnam. He graduated from Wilcox Technical High School and had worked for Stop and Shop for more than 20 years. Michael loved hunting and fishing, loved to have a good time and making everyone laugh. In addition to his parents he is survived by two daughters and their husbands, Jean and Scott Massey of Orange, CT and Sabrina and Adam Martucci of Waterford, CT, two sisters and their husbands; Sandra and Daniel Roy of Quebec, Canada and Kathleen and Paul Gudelski of Salisbury, MD, and a brother, Steven Putnam of Berlin. He also leaves two grandchildren, Elizabeth and Nicholas Massey, his former wife, Karen Putnam as well as several nieces and nephews. He was predeceased by a brother, William 'Bill' Putnam. A catholic funeral service will be held on Wednesday, January 27, 2010 at 2:30 p.m. at the Beecher & Bennett-Flatow Funeral Home, 48 Cook Ave., Meriden. Burial will be in St. Boniface Cemetery, Meriden. Relatives and friends may call at the funeral home on Wednesday from 12:30 - 2:30 p.m., prior to the service.