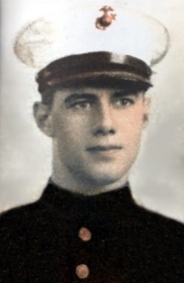 Michael “Mike” T. Civitello, 97, passed away peacefully surrounded by loved ones on Memorial Day, May 30, 2022, at Connecticut Hospice. He was born on May 1, 1925 to Michael and Catherine (Auletta) Civitello and was raised by his Aunt Michelina (Auletta) Milone. Mike was a veteran of the US Marines, serving in the South Pacific during World War II, receiving an Air Medal and 2 Gold Stars. The Marine Corps instilled in him the attributes of discipline, routine, loyalty and leadership. These values carried with him into his businesses and personal life. You could always count on Mike to “deliver.” Upon returning from the military, he met his wife Elaine Scrabak at an ice cream shop in New Haven, and they were instantly smitten with one another. They married June 3, 1950 and would have been celebrating 72 years of marriage this year. They built a life together in Hamden, Connecticut, where he started Treadwell Electric and Valley Investors Partnership. After retirement, he moved to Westbrook, where he quickly developed a new routine and could be found having coffee at McDonald’s in the morning and lunch at his favorite place, Sal’s. There he formed friendships that would remain until the end of his life. He was an avid hunter and fisherman and loved spending time on the water in his boat blue fishing on Long Island Sound. He and Elaine spent many years wintering in Naples Florida where he was the “Mayor” at Tropic Schooner. His passion was his garden and his prized tomatoes which he grew and freely gave away. Mike will be lovingly remembered by his surviving family including wife, Elaine M. Civitello; daughters Darlene Jones of Westbrook and Sheri Pasqualoni and husband Jay of Madison; five grandchildren, Ashley Donnelly, Jordan El-Koussa, Taylor Lehrmann, Michael Pasqualoni and Mitchell Pasqualoni; and seven great-grandchildren. He was predeceased by his sister, Fanny Kuchar, nephew, Charlie Kuchar and his beloved sister, Mary Civitello.
Friends may gather to attend Michael’s Services at BEECHER & BENNETT FUNERAL HOME, 2300 Whitney Ave., Hamden on Tuesday, June 7th at 11:00 a.m. Military Honors will commence at 11:30 a.m. followed by his Memorial Service. Burial will be private at a later date. All are invited to continue celebrating Mike’s life at Ristorante Luce, 2987 Whitney Ave., Hamden. Contributions in his memory may be made to the Salvation Army, 450 George St., New Haven, CT 06511.