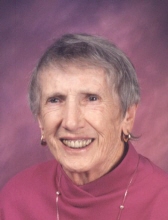 Mildred Elizabeth Shaw Mather, 87, of Wallingford, wife of the late Douglas 'Ralph' Mather, passed away on September 29, 2008. Mildred is survived by daughters Marilyn Mather of Guilford and Laurie Longchamps and her husband David of Lewisburg, TN and son Douglas Mather and his wife Sherry of Belgrade, ME. She is also survived by her grandchildren Daniel and Ryan Longchamps of Lewisburg, TN, Trisha Strainer of Quincy, MA and Lisa Strainer of Belgrade, ME. Mildred was born on July 13, 1921 in Sault Ste. Marie, Ontario, Canada the only child of the late John and Mabel Carmichael Shaw. She graduated with a BA in Art from Queens University in Kingston, Ontario and a Masters in Social Work from McGill University in Montreal, Quebec. After graduation she worked for the Royal Victoria Hospital in Montreal and the Department of Veterans Affairs Hospital in Montreal and Ste. Anne De Bellevue. Mildred came to the US in 1950 and lived in New Haven, CT where she met her future husband. At this time she began working for the Grace New Haven Community Hospital. After her marriage to Ralph, they moved to Hamden, CT where they lived for the next 43 years. After leaving the Community Hospital, Mildred worked for 19 years as a school Social Worker for the Wallingford Board of Education. Nine years ago Mildred moved to Ashlar Village in Wallingford, CT where she acquired a new addition to her family, her beloved dog Champ. She was a long time member of the Hamden Plains United Methodist Church. Her family will always cherish their memories of summers spent at their lake cottage in Holland, MA. Mildred will be remembered most for her kind heart, her compassion, and the way she lived her life in Christ. Friends may visit with the family Thursday, October 2nd from 4-7 PM at BEECHER & BENNETT, 2300 WHITNEY AVE., HAMDEN. Funeral Service Friday at 10 AM at Hamden Plains United Methodist Church, 15 Church St., Hamden. Interment will follow in Beaverdale Memorial Park, New Haven. Memorial contributions in Mildred's name may be sent to the Mildred Mather Memorial Missions Fund, c/o Hamden Plains United Methodist Church, 15 Church St., Hamden, CT 06514.