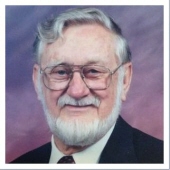 Alfred (Al) William Edele, age 86, of Hamden, passed away peacefully with his wife by his side on May 27, 2014 at the VA Hospice in West Haven. Al was born in New Haven on August 3, 1927. He was the youngest son of the late Frederick William Edele and May Ida Keller Edele. Al was predeceased by his first wife, Doris Jean Giver Edele in 1991. He is survived by his wife of 21 years, Margery A. Werme Edele; his three children Janice Baxter of Durham, NC; Blaine Edele and his wife Lisa of Stamford, CT; and Vawn Edele and his wife Karey of Franklin, VT; grandchildren Tina and her husband Jim Sawyer, Patrick and his wife Christa Baxter, Kate Williams, Ruth Edele, Cameron and his wife Anna Edele, Judith, Miriam and Naomi Edele; great-grandchildren Desmond Williams, R.J Sawyer, Laura Wolfe and Nathaniel Baxter; step-children Mark Lally and his wife Wendy of Haverhill, MA and children Justin, Leah, Seth and Alejandra; Jay Lally and his wife Diana of Webster, MA and children Caleb and Christopher; and Al's sister Carrie and her husband Amos Higbee of Florida. Alfred was also predeceased by, his brother Frederick Edele, his sisters May Brock, Stella Church, Vida Bristol and Lillian Dyson, his son in-law Dennis Baxter, and his stepson Glenn Lally. Al lived in Hamden from 1927-1944. He then served in the US Army for one year and the Air Force for 6 years. He moved to Franklin Park, PA in 1953 where he worked as a dispatcher for a trucking company in Pittsburgh, PA. He moved back to Hamden in 1966. He was a Terminal Manager for a trucking company for many years. Al also owned and operated the Woodland Art Studio where he and his wife Doris crafted handmade pressed flower lamp shades. Until his 86th birthday Al worked part-time repairing lamps at the Lamp Shoppe of Hamden. Al loved to garden, walk with his beloved golden retrievers and enjoyed his nightly ice cream. Al was a devout Christian, sincere Bible reader, was quietly generous and faithful to his family, friends and his church. Al's family will receive the sympathy of friends and family at BEECHER & BENNETT FUNERAL HOME, 2300 Whitney Ave, Hamden on Friday from 6:00 to 8:00 PM. We welcome you to join us at his Graveside Service held with Military Honors at 9:30 AM on Saturday May 31st, directly at Beaverdale Memorial Park, Section N, New Haven and the Memorial Service which will be held at 11:00 AM in West Woods Bible Chapel, 165 Hillfield Rd, Hamden. Memorial gifts in Al's memory may be sent to: VFW Post 10321, 403 Morse St, Hamden, CT 06514.