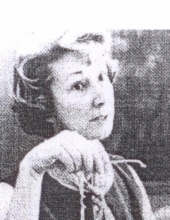 Ann Lockett Walko, age 92, a former administrator at Yale University and teacher in the Hamden school system died Tuesday, May 13, 2014 at Whitney Center in Hamden. The daughter of the late Cora B. and Benjamin W. Lockett, Sr., she was born in Winterport, Maine, March 22, 1922. She received a Bachelor's Degree in English and Journalism from Simmons College in 1943 and a Master's Degree in Education from Central Connecticut State College in 1965. During her lifetime she had a varied career as newspaper reporter on The Macon Telegraph, Macon, Georgia, teacher of English, Hamden High School and The American Girls College, Istanbul, Turkey. She also served in administrative positions at home and abroad, being executive assistant to the Director of Yale-China Association at two separate periods during her career, and Registrar of the Yale Graduate School, Yale University. She was executive assistant to the headmaster of the American School in Dubai, United Arab Emirates and editor of a weekly parents' newsletter at the Parents' Cooperative School, Jeddah, Saudi Arabia, while accompanying her husband on his company assignments abroad. Mrs. Walko's particular interest was in the preservation of native cultural traditions and she was the author of two children's books: Customs of the Arabian Gulf, a collection of Arab children's paintings with text to explain local customs, and The Maori-Pa, a children's cutout book representing an original Maori village in New Zealand. In Hamden at various times she was active in community life as a member of the Helen Street PTA, the Pine Rock Civic Association, the League of Women Voters, as a volunteer tutor for Literacy Volunteers, and a long-time member of Spring Glen Congregational Church. She is survived by three children, Margaret Julier Evans of North Haven, CT Robert Julier of Martha's Vineyard, MA and David Julier of Boston, MA; her sister, Sally Taylor of Mystic, CT and two grandchildren, Insley Julier and Catherine Evans-Hourigan. Ann was predeceased by her grandson Ian Julier and her brother Benjamin Lockett, Jr. Funeral Services will be private. Donations in her memory may be made to the scholarship fund of the Tarsus American School, Tarsus, Turkey, c/o Sally Taylor, 186 Jerry Browne Rd., Unit 5111, Mystic, CT 06355-4024 or to the Spring Glen Church, 20 Glen Parkway, Hamden, CT 06492.