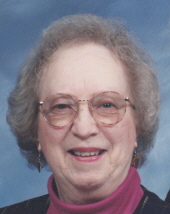 Beatrice Olson Hudson, 87, of North Haven, passed away on April 8, 2013. Born on August 6, 1925 in North Haven a daughter of the late Victor L. and Anna Evalin Olson. A graduate of Hamden High School and the Greenwich Hospital School of Nursing, she enjoyed a varied career in the nursing profession. Early on she served as a nurse at the Yale Psychiatric Clinic, and also served two years in a veteran's hospital in Delaware before moving to Connecticut to serve as a visiting nurse in North Haven. After her marriage to the late Richard L. Hudson, she moved to New York and Pennsylvania before settling in New Hampshire where she once again took up nursing. For many years she worked at the New England College student infirmary before returning to visiting nursing, serving both Kearsarge Regional Visiting Nurse Association and the Concord Visiting Nurse Association. She enjoyed visiting nursing because of the opportunity to attend to patients in their own homes, and to provide them with health education. After returning to Connecticut in retirement, she became an active member of the global missions committee at Faith United Methodist Church in North Haven. Beatrice is survived by her daughters, Margery Dumaine and her husband Paul of Providence, RI, and Pamela Sola and her husband Raymond of North Haven; grandchildren, Juliette Dumaine, and Warren & Katherine Sola; her sister, Ruth Drummond of VA. She is also survived by her nieces and nephews. Funeral Service on Friday, April 12th at Faith United Methodist Church, North Haven at 11:00 a.m. Burial will be Private. Friends are invited to visit with her family on Thursday evening from 4 to 7:00 p.m. at BEECHER & BENNETT, 2300 Whitney Ave, Hamden. Contributions in Beatrice's memory may be sent to Partnerships-Center for Adult Day care, 3 Industrial Circle, Hamden, CT 06517 or Faith United Methodist Church, 81 Clintonville Rd, North Haven, CT 06473