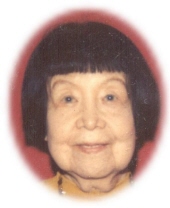 Mrs. Miyo Okada, a resident of Whitney Center, 200 Leeder Hill Dr., Hamden, CT, died on December 8, 2006. She was born in Sendai, Japan in 1903, daughter of the late Shunnosuke and Michi Horiuchi. She graduated from Japan's Women's University and in 1925 came to the USA. She studied at Rockford College, Rockford, IL, receiving a B.S., and at the University of Chicago, a M.S. She returned to Japan in 1935 and worked at the Institute of Pacific Relations. In April, 1937, she returned to the USA. A year after Pearl Harbor in 1942, she came to Yale to teach her native language to members of the American Armed Forces. Later, she instructed members of the occupation army and the diplomatic service. In 1953, she became a citizen of the USA. After her teaching career ceased, Mrs. Okada continued at Yale, buying books for the Sterling Memorial Library, East Asian Collections. In February, 1969, she retired at age 65. She is survived by one nephew in Japan, Yoshinobu Kanno, Professor Emeritus Hiroshima University and four great-nephews. She was predeceased by one nephew, Masayoshi Kanno of Tokyo, Japan. A Service of Remembrance will be held at Whitney Center, 200 Leeder Hill Dr., Hamden on Wed., Jan.10. at 10:30 AM. Interment in Grove St. Cemetery.