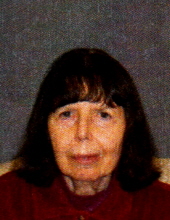 Rhoda T. Tripp, age 84, of Hamden, passed away at her residence on October 28, 2013. Mrs. Tripp was born in China on March 19, 1929 a daughter of Clyde and Ruth Thomas, who were Missionaries in China. She attended Chefoo British Boarding School in China until age 12 when they moved back to the United States. Rhoda graduated from Wheaton College and later married her late husband Edward Tripp and lived in NYC. Years later they moved to Hamden as her husband became Editor of the Yale Press. Rhoda herself was an Editor for many publishing companies over her career. Lastly she enjoyed her role as Chairman of the Whitney Word Committee at Whitney Center where she lived in Hamden. Rhoda was predeceased by her brother David Thomas. She is survived by her sister in-law Dorothy Thomas of North Carolina and dear friends Alyson Cohen & Janice Jassamond. Friends are invited to attend her Memorial Service on Friday, November 15th, 2013 at 2:30 PM at Whitney Center, 200 Leeder Hill Dr, Hamden. BEECHER & BENNETT FUNERAL HOME, 2300 Whitney Avenue, Hamden are in care of her arrangements.