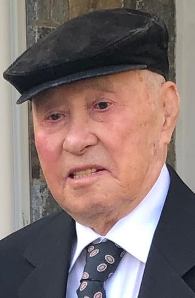 Nak Kyung Park of Branford passed away peacefully on Saturday, January 8th, 2022, at the age of 90 with family by his side. Nak Kyung was born on January 26, 1931 in South Korea. As a young man, Nak Kyung helped care for his family after his father died prematurely. Later, he joined the Korean Armed Forces and served during the Korean War. After the war, he worked in building development and real estate while growing his family. In 1977, he moved to the United States with his family and settled near his sister in Branford. He worked in auto services for many years, and later with his sons in their family business. In his retirement, Nak Kyung enjoyed gardening, playing golf, gathering with friends and family, attending church and watching over his grandchildren.
He is survived by his wife Jeung Ja Park, his children Jong Kook Park (Jin Ok), Jong Sang Park (Dong Hi), Myung Suk Park, Jinju Kwon (Jang), Jong Wook Park (Eun Jung), Jong Hyun Park (Nicole), his sister Jeung Ja Hwang, and his many grandchildren.
Services are in care of Beecher and Bennett Funeral Home, 2300 Whitney Avenue, Hamden. There will be no public viewing hours. A private family service will take place at All Saints Cemetery in North Haven.