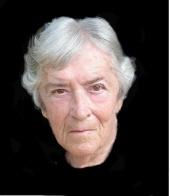 Meriden - Nancy Ann Fox of 168 Natchaug Drive, Meriden passed away peacefully Saturday morning, December 20, 2008, at the Connecticut Baptist Home in Meriden. Nancy, the daughter of the late Marian and Frank A. Hopkins, was born October 29, 1929 in East Providence, Rhode Island. She attended East Providence Schools and the University of Rhode Island. Nancy is survived by her husband Lester H. Fox, a son Mitchell and his wife Elizabeth of Richmond, Virginia, a daughter, Judy Gordon of Hartford, Connecticut, and three grandchildren, Brian Fox of Bethseda, Maryland, Paris Miller of Meriden, and Hayley Miller, currently a student at Northeastern University in Boston; also by a sister, Betsy Viall and her husband John of Rehoboth, Massachusetts. She was predeceased by a brother, Frank A. Hopkins, Jr. Nancy Fox came to Meriden in 1950 following her marriage to then local radio personality Les Fox and became a very involved member of the community. She was active in organizations such as the Meriden Junior Women's Club and the League of Women Voters. She used her organizational skills to help establish the 911 Emergency Call System and improve emergency medical transportation services. She had been a special assistant to the late Dr. Gunar Bohan when Dr. Bohan was Meriden's Health Director. Nancy served on the Meriden Planning Commission as well as two Meriden Charter Revision Commissions, as chairperson on one. She also had been a corporator of the Meriden-Wallingford Hospital. Perhaps her greatest contribution to the community was being a founder and the first Executive Director of the Community Provider Consortium, an agency created to help provide badly needed professional and community services to those with behavioral problems. Nancy retired from the CPC in 1994. The agency is now Rushford Behavioral Health Services. Nancy's family is very grateful for the kindness extended to her by the skilled and caring staff at the Connecticut Baptist Home of Meriden. Contributions in memory of Nancy Ann Fox may be made to the American Parkinson's Disease Association, 27 Allendale Drive, North Haven, Connecticut 06473 or to the American Cancer Society, Meriden Executive Park, 538 Preston Avenue, Meriden, Connecticut 06450. The Beecher & Bennett-Flatow Funeral Home, 48 Cook Ave., Meriden is in charge of the arrangements.