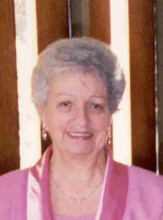 Nancy Clark Schwarzkopf, 72, in CT Hospice, Branford, Jan. 10, 2006. Wife of Wolfgang Carl Schwarzkopf of 210 Thornton St., Hamden. Mother of Eric Arthur Schwarzkopf and his wife Martha of Niantic and the late Frederick Reese Schwarzkopf. Sister of Dr. Frederick Reese Clark of Carrano, Switzerland and the late William Clark. Survived by one grandson, Alexander M. Schwarzkopf. Daughter of the late Frederick Patrick and Florence Hartmann Clark, she was born in New Haven, Sept. 28, 1933. She was a member of the Hamden Grange #99, Hamden Senior Citizens, AARP, and was a Hamden resident since 1943. Funeral from BEECHER & BENNETT, 2300 Whitney Ave., Hamden, Tues., Jan. 17 at 8:30 AM. A Mass of Christian Burial will be celebrated at St. Rita Church, 1620 Whitney Ave., Hamden at 9 AM. Friends may call Mon. from 5-8 PM. Burial will be in All Saints Cemetery, North Haven. Contributions may be made to CT Hospice, 100 Double Beach Rd. Branford, CT 06405.