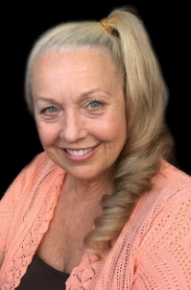 Nancy Anne Voerman Stewart passed away peacefully at her home on Tuesday, November 1, 2022, after a long courageous battle with cancer. She was born in Cambridge, New York to Frances and Joseph Voerman and was a devout Christian from an early age. Nancy attended Central College in Pella, IA and then transferred to Western Connecticut State University to complete her education in music. She served as a musical director, organist, and cantor in both Catholic and Protestant churches throughout the state, beginning with her grandfather’s church. She continued to live her faith every day with her gift of voice and through her music ministry.
Nancy taught school in Meriden in various capacities before pursuing her professional career as an international singer, performing with many symphonies and opera companies. Collaboration was important to Nancy as well, including young singers in as many capacities as she could. Under the sponsorship of The Greater Meriden Community Chorus, she established the Summer Youth Musical Theater Camp, running for several years, incorporating children of all ages, and establishing in them a love of music that she hoped would extend throughout their lives.
Through Nancy’s collaboration with the Yale Chinese Chorus (SYGQ), local singers were invited to sing in the premiere of “Ask the Sky and the Earth: A Cantata for the Sent-Down Youth” at Carnegie Hall in New York City. Many of these singers continued on a world tour with this piece to China, Australia, Europe and the United States.
Nancy was frequently seen singing lead roles with the Simsbury Light Opera Company and the Connecticut Gilbert & Sullivan Society, along with the New Britain Musical Club’s annual performance of Handel’s Messiah. She also had the unique opportunity to travel and perform internationally with the American Magic Lantern Theater in collaboration with its founder, Terry Borton.
When Nancy was not traveling, she spent time teaching piano and voice. She was also the musical director of many local and regional choral groups such as the Greater Meriden Oratorio Chorus, the Meriden Turner Singing Society, the Greater Meriden Community Chorus, and the Greater Hartford Opera Ensemble.
She is survived by her daughter Suzanne Amaral (fiancé Johnny Smith) of South Carolina, her life-long friend Susan Shabazian (fiancé Michael Papelian), and countless devoted friends. She was predeceased by her father, Joseph Voerman, Sr.
Nancy was known to take in stray cats due to her fondness for animals. In lieu of flowers, please consider a donation in her name to the Meriden Humane Society, 311 Murdock Avenue, Meriden, CT 06450, or to the Christian Broadcasting Network at www.CBN.com. A Memorial Service celebrating her life will be held on Sunday, November 6th, beginning at 4:00 PM in Beecher & Bennett-Flatow Funeral Home, 48 Cook Avenue, Meriden.