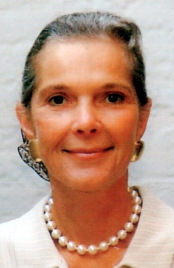 Fenn, Natalie E., resident of Whitney Center, 200 Leeder Hill Drive in Hamden, beloved wife of the late Dr. John Fenn for 63 years, died on September 8, 2022 at home. She leaves her daughter Linda Fenn Brill (Dan) of Guilford, her son William Fenn (Sue) of Essex, and six grandchildren and step-grandchildren, Emily Fenn Lannon (Chris), Lindsay Fenn, Olivia Fenn, Isabelle Fenn, Sarah Wiggins (Jason), and Adam Brill (Shannon), as well as six great-grandchildren. Her sister Lucille Durkin of Danbury also survives her. Natalie was born in Danbury on June 21, 1935. She attended public schools in Danbury and then Grace-New Haven School of Nursing, receiving her RN in 1956. Her initial years in nursing were devoted to both the medical and surgery patient care divisions at Yale-New Haven Hospital. After she and John married in 1958, she obtained postgraduate education at Albertus Magnus College in New Haven when she became coordinator of the open-heart surgery program at YNHH and the chief manager of the heart-lung machine in the operating room, supporting the young couple and putting John through medical school. In the early years of the AIDS epidemic, after raising her children, Natalie returned to nursing at YNHH to care for patients who were HIV positive. Her greatest joys were being married to the love of her life, John, their children and grandchildren, and the many travels that she and John took together. Calling hours with the family will be held at Whitney Center in the Cultural Arts Center, 200 Leeder Hill Drive in Hamden on Saturday, September 17, 2022 from 10AM to 12PM.