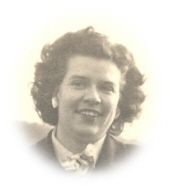 Nellie Anne Gardiner, age 85, of Newlands, Grand Cayman, passed away May 15, 2008. Nellie was the widow of Richard B. Gardiner. Born on January 15, 1923 she was the daughter of the late Raymon and Elizabeth Connell Woodruff. Nellie is survived by her daughter Susan Rae-Smith of Grand Cayma, her step-son Richard Gardiner of Baltimore, MD and her two grandchildren Richard J. and Megan A. Parsons. Formerly of Hamden, Nellie was employed over 40 years for Southern New England Telephone Co. retiring as an administrative assistant in the construction office. She was a member of the Telephone Pioneers, the New Haven Women's Club and the Irish American Club in New Haven. Funeral service for Mrs. Gardiner will be held at BEECHER & BENNETT, 2300 Whitney Ave., Hamden on Monday, May 26th at 7:30 p.m. Friends may visit with the family Monday from 5-8pm. Burial will be private. For information or to send a condolence please see www.beecherandbennett.com or call Beecher & Bennett at (203)288-0800.