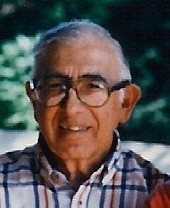 NICHOLAS M. FIORE Nicholas Mario Fiore, 85, loving husband of Elizabeth Kizielewicz Fiore of Woodbridge, passed away June 11, 2008 after an extended illness. Mr. Fiore was born in Hamden, Dec. 3, 1922, a son of the late Joseph A. and Immaculata Maselli Fiore and had resided in Woodbridge since 1979. He was a real estate appraiser for 25 years before his retirement and prior to that had been employed by the Beasley Co. for 27 years. In addition to his wife, Mr. Fiore is survived by a daughter, Susan F. Seeber of Wayland, MA, a son, Thomas G. Fiore of Lexington, MA, four sisters, Mary F. Carbone, Lorraine R. Fiore, Dolores F. McGiunness and Kathryn F. Bozzi, three brothers, Henry L. Fiore, Joseph A. Fiore Jr. and William A. Fiore, and four grandchildren, Gabrielle, Julia, and Annalisa Fiore and Nicholas Seeber. He was predeceased by a sister Annabelle F. Masotta. Funeral from BEECHER & BENNETT, 2300 WHITNEY AVE., HAMDEN Monday morning, June 16 at 9:30. Mass of Christian Burial will be celebrated in St. Ann's Church, 930 Dixwell Ave., at 10 am. Friends may call Sunday from 4-8pm. Interment in All Saints Cemetery. Contributions in Mr. Fiore's memory may be sent to The Little Sisters of the Poor, 1365 Enfield Street, Enfield, CT 06082-4900.