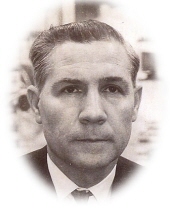 Nicolo T. Micciche, 94, husband of the late Rose Ferrigno Micciche of Fairmount Ave., Meriden passed away on Monday, July 2, 2007 at MidState Medical Center with his family by his side. He was born in Sicily on June 14, 1913 a son of the late Salvatore and Rose Termini Micciche. He was a presser of Ladies Dresses in the New York City Garment Industry. He is survived by a daughter, Patricia Uvino of Meriden, a son, Richard Micciche of Meriden, four grandchildren, John and Anthony Uvino, LouAnn and Gina Micciche, and four great-grandchildren, Christina, Dominic, Lauren, Nicole Uvino. He was predeceased by a brother, Joseph Micciche and three sisters, Mary Santacroce, Zino Bonura and Anna Croceata. Funeral service Friday, July 6 at 10:30 a.m. at the Beecher & Bennett-Flatow Funeral Home, 48 Cook Ave., Meriden. Burial will follow at Sacred Heart Cemetery. Family and friends may call at the funeral home on Thursday from 4-8 p.m. Memorial contributions may be made to the Franciscan Sisters of the Eucharist, 267 Finch Ave., Meriden, CT 06451.