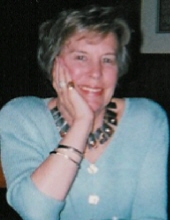 On the 17th of May, 2018, Nikki Spencer Toole died peacefully at home in Hamden, Connecticut with her children by her side. Nikki was born October 3, 1933, in Philadelphia, Pennsylvania, the only child of James Burbank Spencer and Eleanor Rohner Spencer. She was fortunate to be a 'lifer' at Germantown Friends School attending from age 4 through her senior year, where she excelled both academically, graduating cum laude, and in sports. Nikki completed her undergraduate education at Wellesley College, majoring in English with a minor in Art History. She maintained many lifelong and priceless friendships from her happy years in grade school and college. At the age of 65, she received a Master of Liberal Studies degree with a focus in art history from Wesleyan University. During college, Nikki met her future husband, Allan Lawrence Toole, while he was at Yale. They married in December 1955 when he was a second-year medical student at Columbia University College of Physicians and Surgeons. Living most of her life in the New Haven area, Nikki contributed years of dedicated work to local organizations. She volunteered for 30 years with the American Cancer Society in its Reach to Recovery and Road to Recovery programs for breast cancer. Her courageous nature and deep empathy made her the perfect person for this role. For 25 years, Nikki was an accomplished docent at the Yale Art Gallery, where she demonstrated her love of art, architecture and all things beautiful through her enthusiastic and intuitive tours to various age groups. During this same time period, Nikki worked as the manager /secretary and was an honorary member, of The Colony Foundation at Yale University, which was founded in 1848. She adored each of the delegations, a feeling returned by the members of Berzelius, and was a passionate advocate for the historic 'tomb' building. In each of these realms, her gift to profoundly touch people's hearts was truly special. With no pretense whatsoever, she embodied the qualities required for each moment - be it a mother, grandmother, friend or confidant - with ease and style. Known for her delightful and clever sense of humor and always remembering the details, it was a pleasure to be in Nikki's company. She lighted up a room when she entered. Her keen mind and love of the written word were apparent as she solved the New York Times crossword puzzle and competed in Scrabble. Nikki was an ardent reader; her room always had at least one tall stack of books against the wall. She studied and supported the arts. And her regular travel to Paris, where she rented an apartment, and around the world to such spots as India, Mexico, Thailand, Hawaii and Europe fed her intellectual curiosity. Her joy for life and sense of adventure in each moment, big or small, shined as she taught her young children to ski and continued gliding down the slopes effortlessly for five decades - always stylish in her colorful, one-piece snowsuit. Her passion for tennis as a player translated into basking in her role as the #1 Roger Federer fan. Known affectionately as 'Nini' - she loved spending glorious summers on Nantucket Island with her family - puttering in her garden, relishing the beautiful sunsets and taking pleasure in a good glass of wine while dining out. She was a long time member of the Wellesley Club of New Haven, Mory's Association, Yale University Women's Organization, the Elizabethan Club at Yale, The Yale Club of New York City, SankatyHead Golf Club, Nantucket Preservation Trust, and was recently accepted into the North End Club of New Haven. Nikki's greatest joy was her family, her four beloved children, Cynthia Hayes, Edward Toole and his wife, Rachel Hobart, Michael Toole and his partner, Danielle O'Dell and James Toole and her eight grandchildren, Alison and Annie Hayes, Sam, Henry, and Maggie Toole, and Jake, Katie, and Sophie Toole. In addition to her children and grandchildren, Nikki is survived and remembered with love by Allan, many nieces and nephews, her sister-in-law, Louise Healey and two brothers-in-law, David Toole and Ed Toole. She was predeceased by a cherished sister-in-law, Norine Toole. Nikki will be remembered as a woman of extraordinary grace-always engaged, charming and selfless. A rare and wonderful human being. She will always be the light within each of our hearts; her life was a gift to those she touched. In lieu of flowers, please consider a contribution to the Yale Art Gallery or the Nantucket Preservation Trust. Nikki's life will be celebrated in a memorial service on July 14 at the Siasconset Union Chapel on Nantucket, Massachusetts.