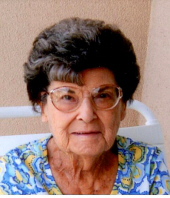 Norma Catherine Karber Norton, 91 of Hamden entered into eternal peace on January 19, 2013. She was the wife of the late L. Russell Norton. She was the daughter of Myrtle (Schuman) and Harry J. Karber, Sr. She was born and raised in McKeesport, PA and resided there until 1946 when she moved to Miami, FL. She lived in Miami until 16 years ago when she moved to Hamden. She was a graduate of McKessport High School and the Robert Morris Business School in Pittsburg, PA. She served as an Executive Secretary to the Convention Sales Manager at The Doral Hotel in Miami Beach, FL. She is survived by her beloved niece, Christine (Karber) Marzlin (Thomas), two nephews, Robert Karber (Emily), Russell Karber (Janet) and a beloved sister-in-law, Dorothy Karber Schmidt, several great nieces and nephew and 17 great great nieces and nephews. Norma was pre-deceased by her brother, Harry J. Karber, Jr., a sister, Mary Claire Karber Barwick, a great nephew, Russell Marzlin and a great niece, Kimberly Marzlin Caputo. Friends may visit with her family Wednesday morning Jan. 23 from 9:30 to 11 am at BEECHER & BENNETT 2300 WHITNEY AVE. HAMDEN. A prayer service will be held at 11 am. Interment in Miami, FL.