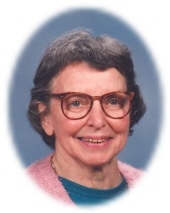 Meriden - Norma G. Devaul, 87, wife of Lloyd Devaul, passed away on Thursday, Sept. 14 at Coccomo Memorial Healthcare Center. She was born in Waterbury, CT on March 2, 1919, a daughter of the late Frederick C. and Meta Marie (Christensen) Glike. She was a graduate of Simmons College and had worked as the assistant to the vice president of the former Connecticut General Insurance Company. She was a very involved member of the Unitarian Universalist Church with their Daytimers Club and making quilts with other ladies of the church. Norma loved the opera and classical music and was a very active member of the Meriden Music Association and the Meriden Symphony. She was also a member of the Historical Society of Berlin, where she lived while raising their children. Norma also loved her gardening. Besides her husband Lloyd, she is survived by two daughters and their spouses, Sarah and Michael Savidakis of Tarpon Springs, Fl and Aimee and James Peppe of Spring Hill, Fl, seven grandchildren, Jaclyn and John Savidakis, Jameson, Justine, Jocelyn, Jillian and Joelle Peppe and six nieces and nephews; Marcia Kaferle, Frederick Glike, Mark and Crane Allen, Greg and Deanna "DeeDee" Devaul. She also leaves a sister-in-law, Ruth Allen of Berlin and a brother and sister-in-law, Robert and Mildred Devaul of Wisconsin. She was predeceased by a brother Dr.Frederick P. Glike and a sister-in-law Rachel Glike. A funeral service will be held on Monday, September 18 at 11:00am at the Beecher & Bennett-Flatow Funeral Home, 48 Cook Ave., Meriden. The Rev. Lucy Ijams will officiate. Burial will follow at Walnut Grove Cemetery. There will be no calling hours.