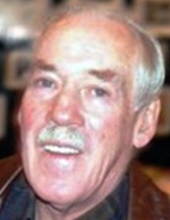 MERIDEN-Norman R. Lefevre, 74, passed away in his home on December 31, 2019. He was born in Fall River, MA on October 21, 1945, son of the late Armand and Laura (Lecuyer) Lefevre. Norman served honorably in the US Army during the Vietnam War. He was an avid Boston Red Sox fan and enjoyed sports banter with family and friends. Norman is survived by his son Timothy Lefevre and his girlfriend Dena; and his long-time fiancee Barbara Taylor. He is also survived by Barbara's son Jeffrey Taylor and his wife Marissa; Barbara's grandchildren Jaelyn and Austin Taylor, who referred to him as 'Papa Norm;' and several cousins in Massachusetts. Relatives and friends are invited to Norman's committal service with Military Honors on Friday, January 10th at 11:00AM in the Mausoleum at Sacred Heart Cemetery, Meriden.