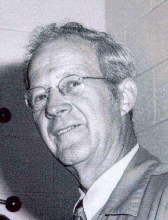 Norman Wheeler, 87, formerly of Meriden and Clinton, passed away Sunday, Sept. 18 at St. Francis Hospital in Hartford. He was the husband of the late Shirley (Harrison) Wheeler, his first wife and mother of his children, and the late Alice (Beauchamp) Wheeler. Born May 5, 1918 in Meriden, he was the son of the late Edward and Evangeline (Pomeroy) Wheeler. He taught Tool & Die at Wilcox Technical School in Meriden until his retirement. After retiring he still kept very busy, he collected environmental samples for the government and became a lobsterman. He loved nature and gardening. He served his country in the U.S. Army. Mr. Wheeler was a 28 year member of the Westbrook Elks Lodge #1784, a member of the Meriden Grange for over 50 Years, the Masonic-Center Lodge #98, A.F. & A.M., and a member of the Meriden Rod & Gun Club. He is survived by three children and their spouses, Nancy and James Finnance of Granby, CT, Bruce and Anna Wheeler of Concord, MA and Randy and Tameria Wheeler of Alamo, CA and seven grandchildren; Chris and Mike Finnance, Jennifer, Brian and Ashley Wheeler, and Harrison and Erika Wheeler. He was predeceased by a brother Gordon Wheeler. A celebration to Mr. Wheeler, who had a full life will be held on Friday, Sept. 23 with a funeral service at 10:30 AM at Center Congregational Church, 474 Broad St., Meriden. Relatives and friends may call at the BEECHER & BENNETT- FLATOW Funeral Home, 48 Cook Ave., Meriden, on Thursday, Sept. 22 from 6-8 PM. To send a condolence please see obituaries at: www.beecherandbennett.com.