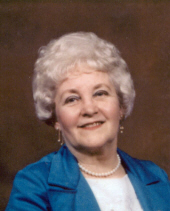 O. Virginia Perkins, 88, of West Haven, wife of the late Edward Francis (Red) Perkins, passed away Tuesday, July 13, 2010 at Milford Hospital. Virginia is survived by daughter Virginia Ann Healy and her husband Gerald of Eloy, AZ, and son Alan E. and his wife Constance Andre Perkins of West Haven. She is also survived by grandchildren Jonathan Edward Healy of Eloy, AZ and Kimberly Ann Healy of La Mesa, CA. In addition to her husband, Virginia was predeceased by her son and his wife William and Jean Perkins, sister Norma Amero and brother Martin W. Zott and her very dear and loving friend, Conroy Taylor. A daughter of the late Martin G. and Estella Shaw Zott, Virginia was born in Greenwood, DE on August 5, 1921. She worked in the billing dept. at Deitsch Plastic Co. of West Haven and served as Worthy Matron and was a member of Golden Rod Chapter #34 Eastern Star from 1962-2010. She was also a member of the Grand Cross of Color, International Order of Rainbow Girls and was a member of the Former Grand Officers Assoc. of Eastern Star as well as a member of the Retired Prof. Firefighters Assoc. of West Haven. Friends may visit with her family on Friday, July 16, 2010 at the First Congregational Church, West Haven from 9-11 AM, Eastern Star Service at 10:30 AM, with a funeral service following at 11 AM. Interment in Oak Grove Cemetery. Contributions in Virginia's memory may be made to First Congregational Church, (General Fund), 1 Church St., West Haven, CT 06516 or to Masonicare, P.O. Box 70, Wallingford, CT 06492. Arrangements are in care of BEECHER & BENNETT-TAYLOR, 410 Campbell Ave., West Haven.