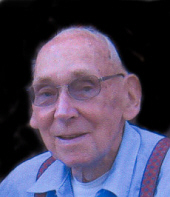 Hobbes, Oscar Hartwell Oscar Hartwell Hobbes, age 84, of South New Road, Hamden passed away November 9, 2008 at Yale New Haven Hospital. Oscar was the husband of Roberta Marie Monis Hobbes; father of Lori & her late husband Philip Hekeler of Cheshire & Shirley & her husband Paul Zaloumis of Roxbury; grandfather of Peter (wife Estee), Marc (wife Carole), Matthew & the late Craig Zaloumis, M'Liss DeAngelo, Keith (wife Barbara) & Kurt (wife Lisa) Hekeler; brother of Barbara Valentine of Mt. Clemens, MI, Margaret Pidima of Ankeny, Iowa & the late Josephine English, Nancy, Patricia & John T. Hobbes; brother in-law of Patricia Biastre of Newport, RI & Richard Moniz of Fresno, CA. Oscar is also survived by 9 great grandchildren & several nieces & nephews. Born in Mt. Clemens, Michigan on March 2, 1924 he was a son of the late Barbara & John T. Hobbes, Sr. Oscar served in the US Marine Corps during WWII in the American & Pacific Theaters, after which he served in the US Reserves during the Korean Conflict. He was a graduate of MIT in 1955 completing a degree in Civil Engineering, he subequently began his career with SNET Co, retiring as an engineer there, he continued on to work for the Westington Co. in Nigeria. Upon returnig home he started his on business, the 'Hobbes Enginering & Service' as a engineering consultant for the Town of Cheshire. He was a member of the Connecticut Building Congress, a member & Past Master of the Day Spring Lodge #30 AF & AM. & a member of the Hiram Lodge #1 AF & AM and Past District Deputy for the Grand Lodge of Connecticut. His funeral will leave from BEECHER & BENNETT, 2300 Whitney Ave. Hamden on Wednesday Nov. 12, 2008 at 9:30 AM, followed by a Mass of Christian Burial at 10 AM in Our Lady of Mt. Carmel Church. Burial with Military Honors will take place in All Saints Cemetery, North Haven. Friends may visit at the funeral home on Tuesday from 2 to 4 PM and 6 to 8 PM. with a Masonic service at 7 PM. In lieu of flowers memorial contributions may be made to: The Wounded Warrior Project, 7020 AC Skinner Parkway, Suite 100, Jacksonville, FL 32256.