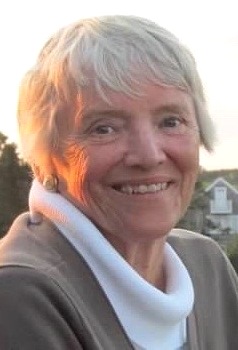 Patricia Ann Cavanagh passed away on July 15, 2020 from complications related to advanced dementia. Pat was born June 28,1934 to Ethel and William McLaughlin. She was raised in Framingham, MA where she met and married her high school sweetheart, the late Robert F. Cavanagh. She attended Wellesley College, graduating in 1956 and remained a proud member of the alumni-based Wellesley Club all her life attending every single one of her class reunions, including her 60th.
Pat moved to New Haven, CT following her husband’s graduation from Yale Law School and immersed herself in both the Yale and New Haven communities. Her contributions ranged broadly in countless local community organizations including the Junior League of New Haven, the New Haven Historical Society, The Edgerton Park Conservancy, Children’s Center of Hamden and the non-profit Leila Day Nursery. She was a communicant of the historic Trinity Church on the Green in New Haven where she served on the Home Board and the Altar Guild and participated for many years in their popular Christmas Market fundraiser. In later years Pat served on the board of the St. Luke’s Development Corporation, whose first major project was the development of affordable housing for senior citizens in New Haven.
Through Pat’s work with the International Center at Yale, particularly the center’s ‘Round the World Women program, she introduced countless international graduate students and their families to her special brand of Christmas charm at their annual Christmas luncheon that she graciously hosted for many years in the lovingly restored and thoughtfully decorated 18th century sawmill she made her home after her children were grown.
Pat loved painting and studied oil painting with local artist Terry Oakes Bourret for many years and was a proud member of Wellesley’s Fortnightly Club. She traveled widely and was particularly fond of the great state of Alaska, the adopted state of her daughter Julia, which she visited over 25 times.
In addition to her daughter, Julia Homza (Tom) of Anchorage, AK , Pat is survived by her son Robert F. Cavanagh, Jr. (Katerina) of Woodbridge, CT and daughter Susan Wyper (George) of Darien, CT. She was incredibly proud of her seven grandchildren, all boys, who she proudly called “Nonna’s Super 7;” James Wyper, Robby Wyper, Francis Cavanagh, Silas Wyper, Will Homza, Michael Cavanagh and Jonny Homza. They were all very fortunate to have spent many wonderful summers together with her in Westport, MA while they were growing up. She was predeceased by her husband of 52 years and her sister Mary “Chickie” Mercury.
While her illness cruelly robbed us all of her spirit several years ago we feel incredibly blessed to have been part of her legacy of kindness and charity. We are thankful that she is finally at peace.
Services will be private. In lieu of flowers, we ask that you make a donation in Pat’s memory to any of the organizations that were close to her heart mentioned above or better yet, simply volunteer in your own community in her honor.