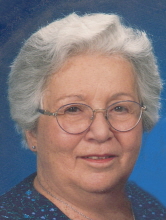 Patricia Barbuto Karlak, 90, beloved wife of 65 years of the late Peter Michael Karlak passed away October 3, 2013 in the St. Raphael campus of Yale New Haven Hospital. She was born in New Haven on March 17, 1923, a daughter of the late Vincenzo and Emalia Diorio Barbuto and had resided in Hamden since 1948. Patricia graduated from Albertus Magnus College and the UCONN School of Pharmacy, and was employed as a pharmacist at the Country Club Pharmacy of Hamden prior to her retirement. She was a long time member of the Holy Transfiguration Orthodox Church where she served on the church council and volunteered with many fundraising projects. She was also an avid knitter and weaver. Patricia is survived by a niece Dorothy Karlak Dudchik of Ansonia, and several other nieces and nephews. Predeceased by a brother and sister, Robert & Rose Barbuto. Christian Burial Service will be Saturday October 5, 2013 at 10 am in the Holy Transfiguration Orthodox Church. Relatives and friends may visit at church from 9-10 am. Interment in Beaverdale Memorial Park. Contributions in her memory may be sent to the Holy Transfiguration Orthodox Church, 285 Alden Ave., New Haven CT. http://www.holytransfigurationnh.org/ Arrangements in care of BEECHER & BENNETT, 2300 WHITNEY AVE., HAMDEN.