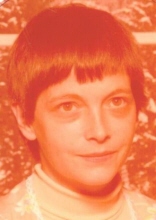 Patricia G. Cameron, age 70, of Palm Bay, Florida (formerly of Westbrook, CT) passed away suddenly on January 2, 2017 in Palm Bay Hospital in Florida. Patricia was born in New Haven on April 17, 1946, a daughter of the late Harold & Audrey (LaBanca) Cameron and step-daughter of the late Ted Hanson. She is survived by her sister Helen C. (Redmond) MacRae & her husband Dr. Douglas MacRae of Wallingford. She was the step-sister of Betty Jane Konopka & the late Roland Hansen; sister in-law of the late James Redmond; aunt of Donna Wirkis & her husband Gene, Nancy Balsys & her husband Rimas, David Wirkus, James & Anthony Balsys, Shawna Peleccia and the late Jimmy Redmond. Patricia was a long time resident of Florida, moving from Westbrook. She was employed as a bookkeeper for many years and then worked as an elder care provider in her community. Patricia was a gentle soul who also loved all animals. Friends may attend her Mass of Christian Burial which will be celebrated on Thursday, Jan. 19th at 10:00 AM in Our Lady of Mt. Carmel Church, 2819 Whitney Ave, Hamden. Interment will follow in All Saints Cemetery, North Haven. BEECHER & BENNETT - TAYLOR FUNERAL HOME, 410 Campbell Ave, West Haven are in care of arrangements.