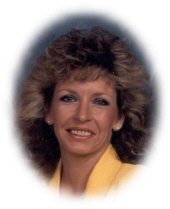 Patricia Murphy Bundy, 55, of Kent Rd., New Milford died March 5, 2007 in New Milford. Wife of 36 years to Roger M. Bundy , she is also survived by a son Mervin A. and his wife Renata Bundy of New Milford, a granddaughter Sarah Bundy, a brother John Murphy of Lake Ronkonkoma, LI, her mother-in-law, Alice Bundy and seven nieces and nephews. She was predeceased by a sister Anne Miller. Patricia was born in New York May 15, 1951, a daughter of the late Patrick and Rose Murphy. She was an avid gardener and animal lover and an avid shopper. She had attended Quinnipiac College and was by employed by the former G Fox and Filene's Department Stores. Memorial Service Sunday, March 11 at 1 p.m. at BEECHER & BENNETT, 2300 Whitney Ave., Hamden. Memorial Contributions in her memory can be made to ASPCA Member Support, 424 East 92nd. St., New York, NY 10128.