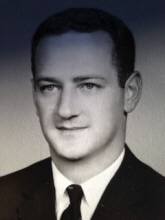 Paul Anthony Scholder, 80, passed away peacefully on July 20, 2014 surrounded by his family at his home in Branford. Born in Brooklyn, NY on October 19, 1933 to the late Sol and Sylvia Weiner Scholder. He graduated from Tufts University and earned his law degree from New York University Law School. Paul was an attorney for over 50 years having had his private practice in New Haven and he was a long standing member of the Connecticut Bar Association. He was a member of Congregation Mishkan Israel and was a long time member of the Branford Yacht Club and the Quinnipiac Club. Quality time spent with his family was most important to him. Paul was a widower after the death of his second wife, Elizabeth Scholder. He leaves behind to remember him, his children, Karen Scholder of Hamden, David Scholder & his wife Tara of Winchester, MA, and Susan Smith & her husband Michael of Westborough, MA; grandchildren, Shayna and Aaron Smith; first wife and friend, Shirley Scholder of North Haven. A Remembrance Service will be held on Sunday August 17th at 2:00 PM at Mishkan Israel 785 Ridge Road in Hamden, CT. BEECHER & BENNETT, 2300 Whitney Ave, Hamden in care of arrangements. Contributions in Paul's memory may be sent to CT Hospice, Double Beach Rd, Branford, CT 06405.