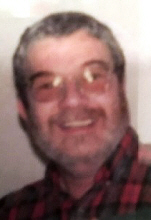 Paul C. Platino, age 67, of Beacon Falls, passed away at his home on January 21, 2018. Paul was born in New Haven on July 18, 1950 the son of Quinta (DaVia) Platino Raccio of Hamden and the late Charles Platino. A resident of Hamden most of his life, he was a retired electronics repairman. He is also survived by his sister Carla Pascarella and his brother-in-law Ronald Barthel of Hamden; grand-niece Haley Pascarella and grand-nephew Eric Pascarella, both of North Haven; his beloved dog Marlo, and many cousins, including Donald Proto of Cheshire, who deserves a special thanks for all he has done for Paul. He was predeceased by his nephew Eric C. Pascarella. Funeral was private.