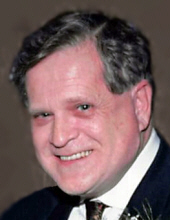 Paul Conrad Kaiser, of Hamden, died peacefully at home on September 18, 2019. Paul was born on October 28, 1930 in New Haven, CT to the late Frederick William and Doris (Tice) Kaiser. A graduate of Hillhouse High School in New Haven, Paul attended Hartwick College, Oneonta, NY, then went on to earn his Master of Divinity from the Lutheran Theological Seminary at Philadelphia. Accepting his first pastoral call in 1956, Paul led development of a mission church, St. Michael's Lutheran Church in Camillus, NY. In 1959 he accepted a call to Concordia Lutheran Church, Manchester, CT, serving there until 1966 when he became the Personnel Director for Mal Tool & Engineering. In 1981 Paul went to work for the City of New Haven as a Social Worker, retiring as a Coordinator at age 84. Paul continuously served the church throughout his life, assisting several Lutheran congregations. He had served as a Justice of the Peace for the town of Hamden and was on the Church Council at Emanuel Lutheran Church, New Haven, where he was a member. Paul will be dearly missed by many. He was predeceased by a grandson, Mark Albert, and by his niece Kristen Bianchi. He is survived by his five children; daughter Karen Miller (Taso) of Hebron, CT; daughter Deborah Morse of Athens, TN; son Frederick Kaiser II (John) of Woodbridge, CT; daughter Lisa Matteson (Seth) of Port Richey, FL; and son David Kaiser (Jessica) of Northboro, MA; four grandchildren, and one great-grandchild. He is also survived by his sisters; Katherine Paquette (Russell), Doris Hyland, and Beverly Bianchi (John), and several nieces and nephews. Paul offers to all the people he came to know throughout his life, his thanks for being his friend. Calling hours will take place Friday, September 27, from 4 to 7 p.m. at BEECHER & BENNETT FUNERAL HOME, 2300 Whitney Avenue, Hamden. A Service of Christian Burial will take place at Emanuel Lutheran Church, 280 Humphrey Street, New Haven on Saturday at 11 a.m. Interment will be private. In lieu of flowers, memorial donations may be made to Emanuel Lutheran Church, or to a charity of your choice.