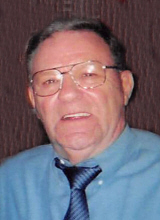 Paul E. Whitaker, age 78, of Hamden, passed away on January 9, 2016 at Masonic Hospice in Wallingford. Paul was born in Seneca Falls, NY on April 28, 1937 a son of the late Ivan E. & Eileen R. McGough Whitaker. He is survived by his wife, Joan Siedzik Whitaker; his daughter Theresa Rogers of Wallingford; sons, Atty. Paul E. Whitaker & his wife Sharon DeGennaro of Durham and Gene Whitaker & his wife Lisa of Southington; grandchildren, James & Erik Rogers, Kasi, Shaun, Molly & Matthew Whitaker and Kira Lee Decerb; sisters, Carole Moreland of Naugatuck, Maureen Zowadney of Beacon Falls, Patricia Errico & her husband Ronald of Southington and Debra Zarbo & her husband Joseph of Lakeland, FL and his brother William Whitaker & his wife Carol of North Haven. Paul was recently predeceased by his son in-law Mark Rogers. He was a retired purchasing agent and manager for Auto Paint Distributors in Hartford and formerly worked for Cashier Brothers auto body paint & supply. He was a US Navy Veteran and a member of the Auto Body Association. His funeral will be held from BEECHER & BENNETT FUNERAL HOME, 2300 Whitney Ave, Hamden on Tuesday, Jan. 12th at 9:00 AM, followed by his Mass of Christian Burial to be celebrated at 10:00 AM in the Blessed Sacrament Church, Circular Ave, Hamden. Friends may also visit with his family on Monday from 5:00 to 7:00 PM at the funeral home. Interment will take place in All Saints Cemetery, North Haven. Contributions in Paul's memory may be made to the ASPCA at www.aspca.org.