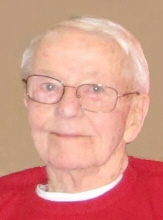 Paul H. Miller, 83, of Meriden, died Friday, May 30th at Mid-State Medical Center surrounded by his loving family. He was the husband of Carol Lee Miller for nearly 60 years. Paul was born in Meriden on June 20th, 1930 to the late Spencer and Dorothy Miller. He is survived by his wife, Carol, his three children Linda Goldsmith and her husband Glenn, Paul Miller, Jr. and his wife Valerie, and Kimberly Bradley and her husband Stephen. He also leaves behind his five grandchildren: Rachel Miller, Michael Miller, Ian Miller, Colin Bradley, and Harrison Bradley as well as his niece and nephews. Paul was a graduate of Phillips Academy, Andover and Yale's Engineering School with a Masters in Mechanical Engineering. He served his country as an Army Lieutenant in the Ordinance Corp. in Germany from 1956 to 1959. He spent most of his life working at Fafnir Bearing Company in New Britain, CT as director of Manufacturing Engineering and Plant Facilities. He was active in his community in many ways including: Meriden City Council, President of the Home Club, Board of Public Works, Board of World War II Memorial Hospital, Board of Directors-United Way, Board of Directors-Miller Johnson, Co., Board of Directors-Treasurer, Bradley Home, Board of Directors-Castle Bank and Trust, Board of Directors-United Way Foundation, Member of Flood Control Implementation Agency, Past President-Tri-Town Golden Kiwanis, Past Vice President-Meriden Cemetery Association, 2003 Meriden Citizen of the Year given by the Rotary. His family would like to thank their caregivers, Emily and Carisa, who have helped keep Paul home, as well as the caring staff at Mid-State Medical Center. There will be no calling hours, burial will be private. A memorial service will be held at First Congregational Church, 62 Colony Street, Meriden, CT at 11:00 AM, on Saturday, June 7th. In lieu of flowers, please make a memorial contribution to Tri-Town Kiwanis Scholarship Fund, c/o Martha Gradwell, 160 Cook Hill Road, #7105, Cheshire, CT 06410. Arrangements are in care of BEECHER & BENNETT-FLATOW FUNERAL HOME.