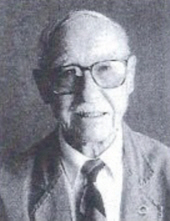 MERIDEN - Paul R. Crone, Sr. died peacefully at home of natural causes on February 14, 2019. He was 91. Born in Philadelphia on May 10, 1927, Crone was the son of the late Walter and Marion (Ennis) Crone. He was educated in Philadelphia's public schools, residing in Meriden for most of his life. Following service in the U.S. Army Air Force during WWII, Crone came to Connecticut for his college education. He attended Wesleyan University and then Central Connecticut State University, where he earned a B.S. degree, followed by an M.A. degree from the University of Connecticut. Crone resided in Meriden since his college days. He taught history at Meriden High School and then at Platt High School for over 35 years, retiring in 1989. He also served as an assistant and head football coach at the schools for 14 years and head tennis coach for 44 years. The tennis courts at Platt are named in his honor. Crone was inducted into the first Platt High School Hall of Fame in 1999. In 2002, he was inducted into Meriden's Hall of Fame for his long-term commitment to sports and education in the city. He also volunteered with the Connecticut Special Olympics for tennis in his retirement years. In 1977 and 1981, he was named Connecticut High School Tennis Coach of the Year and in 1979, National High School Tennis Coach of the Year (New England Division). A member of the Connecticut High School Coaches Association for many decades, Crone also served as a member of its Executive Committee. A former member of the Meriden Board of Education and a charter member of the Meriden Federation of Teachers, he also served on the Zoning Board of Appeals and the YMCA Board of Directors. A passionate supporter of skiing throughout his life, he wrote a popular ski column for the Record Journal for a number of years and worked many hours on evenings and weekends during the winter months at Rinaldi's Sporting Goods from the late 1960's to the early 1980's, when the business closed. Crone is predeceased by his loving wife of 68 years, the former Nancy Ridley, and his brother Robert E. Crone. He is survived by their four children, Eric of Wilmington, VT, Steven of Bethel, ME, Susan (husband Jonathan) Berry of Germantown, TN, and Paul Jr. of Encinitas, CA, two grandsons, Robert Berry IV of Houston, TX and Jonathan (wife Shaelen) Berry, Jr. of Venice Beach, CA, sister-in-law Lorna (Ridley) Bolger of Meriden, CT, brother- and sister-in-laws Peter and Ann Ridley of Corona del Mar, CA, and several nieces and nephews. The Crone family is forever grateful to Paul's longtime friends John Fitzgerald, Patricia Malone, and the professional care and kind support provided by Denise Torres, Pamela Jackson, and Ashley Rios. A celebratory service of remembrance will be announced at a later date. In lieu of flowers, the family asks that donations may be made in Coach Crone's memory to: O.H. Platt High School, Certified Nursing Assistant Training Program, 220 Coe Avenue, Meriden, CT 06451. Arrangements are in care of Beecher & Bennett-Flatow Funeral Service, 48 Cook Avenue, Meriden.