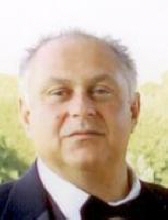 Peter C. Mongillo, Jr, age 67, of Southington, passed away on December 29, 2015. Born in Southington on April 28, 1948, he was the son of the late Peter C. Mongillo, Sr. and Helen (Musto) Mongillo. Peter is survived by his wife Donna (Lynne) Mongillo; his son Peter Mongillo and his wife Rebecca D'Orsogna of Centerport, NY; his grandchildren Charlotte and Evan Mongillo; his daughter Carolyn Mongillo and her husband Cervantes Moquete of Southington; his sister Helen Mongillo & her husband Bruce of New Britian and a host of cousins, nieces and nephews. Peter graduated from Southington High School, where he excelled at football and was named to the all-state team. He received a BS from Central Connecticut State University and his Masters Degree in Forensic Science from the University of New Haven. Peter was active for many years as a coach and was recently recognized for his achievements and contributions when he was named to the Southington Sports Hall of Fame. Friends may visit with his family at BEECHER & BENNETT - FLATOW FUNERAL HOME, 48 Cook Ave, Meriden on Wednesday, Jan. 6th from 11:30 AM to 1:00 PM and may attend his prayer service which will begin at 1:00 PM. Interment will be private. Contributions in Peter's memory may be made to ASPCA at www.aspca.org.