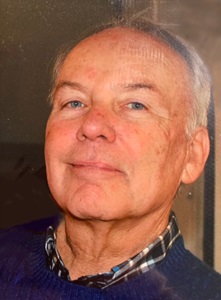 It is with deep sadness that we announce the passing of Peter Harvey Maher, MD on October 23, 2022.
Peter was a gifted clinician, generous friend, loving husband, father, and grandfather. He passed away at the Whitney Center in Hamden, CT at the age of 83. Peter was born on March 15, 1939, in Bridgeport, CT to Thomas and Eleanor Maher. Peter graduated from Fairfield Preparatory High School in 1957 and went to Holy Cross College. He graduated from the pre-med program in 1961 and entered New York Medical College from which he graduated with honors in 1965. Peter completed his residency training in New York City and Greenwich, CT. While in residency he met his future wife, Angela Petrillo, who was teaching elementary school at the time. They moved to Boston so he could complete a cardiology fellowship at Boston University Medical Center.
Peter was drafted into the US Air Force during the Vietnam War and was sent to the Hill Air Force base in Ogden, Utah. Peter oversaw the Medical Department on the base and eventually left the Air Force as a major, and with a pilot’s license. He and Angela returned to CT where they raised their four children.
Peter practiced internal medicine and cardiology in Greenwich for 35 years. In retirement, he volunteered as medical staff at weekly clinics through AmeriCares for over 15 years, providing free medical care to underserved populations in South Norwalk and Bridgeport. He also volunteered as a teaching instructor in the Wednesday Night Primary Care Clinic at the Yale School of Medicine for 12 years.
Peter was an avid tennis and golf player well into his early 80’s. He skied, sailed, and flew small passenger airplanes for recreation. He enjoyed nature and being outdoors. He was a history buff, deeply interested in the American Civil War, reading nearly every book published on Lincoln. Peter and Angela resided in Greenwich, CT for over 45 years until retiring to Hamden, CT in 2015.
Peter was predeceased by his wife of 57 years Angela, in March of this year. He will be dearly missed by his friends and family. He is survived by his children: Mary Grey, Michelle (Jeremy), Maureen, Peter (Joan), and his grandchildren: Zachariah, Nicholas, Juliet, Devin, Alexandra and Bridget.
Friends are invited to attend a Mass of Christian Burial on December 3, 2022 at 10 AM at St. James Roman Catholic Church, 2110 Main Street, Stratford. Burial will follow at St. Michael Cemetery, Stratford.