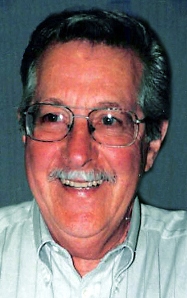 Peter P. Onofrio, age 88, entered into rest on August 18, 2022 with his loving family by his side. He was the beloved husband of Joan Jasuirkowski Onofrio. Mr. Onofrio was born in Derby on September 24, 1933, the son of the late Francis and Dorothy Ceremano Onofrio Scavone. Pete had been a resident of Hamden for over 40 years. He retired after almost 40 years as a compositor for the New Haven Register. He enjoyed keeping busy around the house, but most of all he relished the time spent with family and friends.
In addition to his wife, he is survived by his daughter Dawn Onofrio Talmadge of Hamden, his son Peter Onofrio, Jr. (Lisa) of Durham, son Nicholas Onofrio (Meaghan) of Durham, his cherished grandchildren; Brandon, Mason, and Kaden Talmadge, all of Hamden, Peter III and Christopher Onofrio, and Logan, Cameron, Payton, and Reagan Onofrio, all of Durham, and several nieces and nephews. He was preceded in death by his stepson Jeffrey Guernier, three brothers; Francis “Sonny,” Donald “Donny,” and Salvatore “Sally,” and two sisters; Theresa “Dolly” Onofrio Ferla, and Corinne “Corky” Onofrio Pepe Milek.
Friends may call on Monday, August 22nd from 10 a.m. to 12 p.m. at BEECHER & BENNETT FUNERAL HOME, 2300 Whitney Avenue, Hamden. Prayer Service will be held in the funeral home at 12 p.m. Burial will follow in All Saints Cemetery, North Haven. Peter greatly supported St. Jude’s Children’s Hospital. Donations in his memory may be sent to 501 St. Jude Place, Memphis, TN 38105. May he rest in eternal peace.