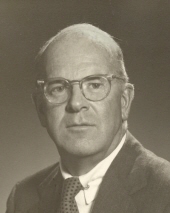 Peter Wright Duble died peacefully in his Branford home on July 20, 2009. Born January 7, 1924 in New York City to Norman and Marian (O'Connor) Duble, he graduated from Greenwich High School in 1942 and Harvard College in 1947. He was a Corporal in the US Army Air Corps during World War II, serving in the South Pacific as an Air Control Tower Operator for the 71st Army Airways Communications Systems Group. He began his business career with the Shell Oil Company and then the Northern Insurance Company in upstate New York. He moved to the New Haven area in 1950, and joined the Clarence W. Crook Insurance Agency as a partner in 1955. In 1963, he founded his own insurance agency, Peter W. Duble & Co. Partnering with C. Michael O'Hearn in 1967, he established Duble & O'Hearn, Inc. where he was President until his retirement in 1989. Duble & O'Hearn continues today as one of the premier insurance agencies in Connecticut. His greatest passions included his four children who brought him many of his happiest moments, serving Harvard College as a dedicated alumnus, sailing, and coaching youth sports. His commitment to coaching was exemplified through the Ridge Road Ramblers. As founder, head coach and leader, he dedicated endless hours to the athletic and personal development of hundreds of 4th-7th grade boys. He created an incredibly positive, fun and highly successful after-school football program which even decades later remains a uniquely positive memory for many of the boys who played for - and loved - Coach Duble. He was similarly passionate about Harvard. For over 50 years he helped countless young women and men, often outstanding student-athletes, find their way to the college in Cambridge he loved so much. His commitment to young people, education and healthy sports programs also led to many positions of service and leadership. He served as President of the Ridge Road School PTA in North Haven; President of the Harvard Club of Southern Connecticut; founder and Director of the Ridge Road Ramblers; co-founder and President of the Berkshire Hockey School; President of the Greater New Haven Pee Wee Hockey Association; President of the Connecticut Independent Schools Athletic League; and a member of the Board of Trustees of Choate Rosemary Hall. He leaves his wife of 16 years, Evelyn (Sheehy) Duble; three children - David Quinby Duble and his wife Victoria Rock of San Francisco, Sarah Duble Purcell and her husband Eric of Watertown, NY, Chris Duble and his wife Kathleen of Boxford, MA; daughter-in-law Jennifer Trainer Thompson of Williamstown, MA; seven grandchildren - Quinby, Antonia, Abigail, Peter, William, Liza and Tobey; sister Nancy Duble Becker of Seattle, WA; and two former wives - Suzette Spitzer King of Tucson, AZ, and Nancy Stead Duble of North Haven. Peter was predeceased by his son, Peter Wright Duble, Jr., in 1989. Interment will be on Mount Riga in Northwest Connecticut, near the Duble Camp he loved throughout his life. A memorial service to celebrate Peter's life will be held at the First Congregational Church of Branford, 1009 Main St., on Saturday, September 19th at 2:00 PM. In lieu of flowers, donations may be sent to The Connecticut Hospice, 100 Double Beach Road, Branford, CT 06405.