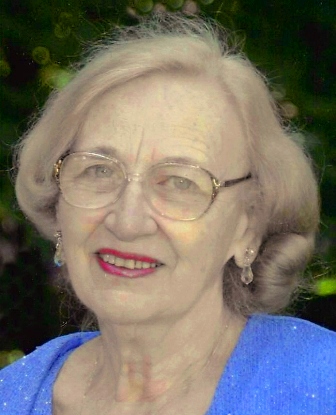 Priscilla Blake (Smith) Kenney, 86, of Bethany passed away at St. Raphael’s Hospital on October 21, 2020. Priscilla was born in Greenwich, daughter of the late Alden W. and Charlotte E. Smith. Her family moved to New Haven when she was in the 3rd grade, when her father became Chief Editorial Writer for the New Haven Register. She attended Worthington Hooker School and was a member of the last freshman class to graduate from James Hillhouse High School. She was in the band in grammar school and the Marching Band, Concert Band, and Orchestra in high school and college. She attended the University of Connecticut and graduated in 1956.
Priscilla married her high school sweetheart, Walter Ronald Kenney, on June 28, 1958 after he served in the Navy. They were married for 56 years before his passing in 2014. She received a Masters Degree from Southern Connecticut Teachers College, now SCSU, in 1959. She taught at Bethany Community School for 6 years before having her two sons. The family lived in North Haven for 32 years, and then had a house built next to her mother in Bethany, for whom Priscilla was caregiver.
Priscilla was Flower Chairman for 10 years and taught Sunday School at the Church of the Redeemer in New Haven, her church since relocating from Greenwich. She also was a member of Children of the American Revolution.
Family was a special part of Priscilla’s life. She will be missed by her two sons, Walter Glen Kenney, his wife Lori, and their daughter Samantha of Rotunda West, FL, and Warren Walter Kenney and his wife Cristina of Naugatuck. She also leaves her sister, Barbara Smith Anderson of Upper Marlboro, MD, sister-in-law and brother-in-law Constance Svea Caswell and Philip Caswell, III of Jupiter, FL, two nephews and a niece, Douglas R. Anderson, Ward S. Caswell, Valerie Anderson, and their families, two cousins, Jane W. Ambler and husband Don of Maine and Marcia W. Dunne and family of Unionville, and her second cousins and godsons, Donald R. Bassett, Douglas R. Anderson, Alan A. Frederickson, and Ward S. Caswell. She also leaves many friends she had known since grammar school, high school, and college that have become part of her family, and her wonderful neighbors. She was predeceased by her loving husband Walter, and her brother-in-law Robert A. Anderson.
A private Graveside Service will be held in North Haven Center Cemetery. There will be no calling hours. In lieu of flowers, contributions in Priscilla’s memory may be sent to the American Lung Association of CT, 45 Ash Street, East Hartford, CT 06108. Priscilla’s family would like to thank Dr. Al Rodriguez and his staff, Marianna and Michelle, for their kindness and help over all these years.